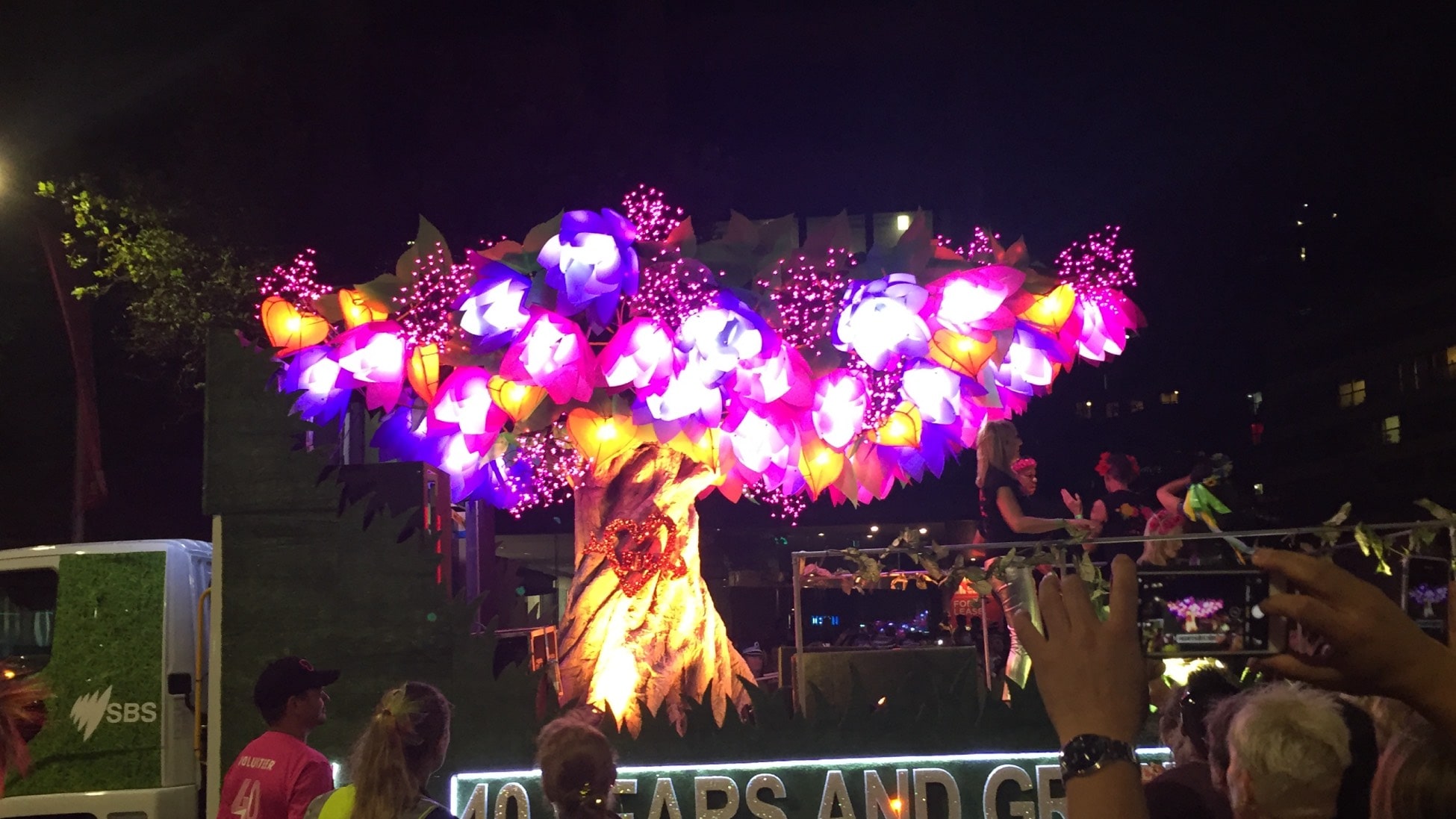 I have had a marvellous time at Mardi Gras in 2018. Together with some other hundreds of thousands of people who were also celebrating. This Mardi Gras is one of the largest festivals in the world and has different events from which I’ve only seen the Sydney Mardi Gras Parade.

What: A big festival with among many other things several parties and a big parade.
When: Annually in February in Sydney.

Parade
The parade is a few hundred floats surrounded with people that are partying, dancing, singing, up and around their own vehicle. There were many different groups from the local cleaning company, to sports clubs, the police force, a tinder group and many many more that all joined with their own driving party car. Lots of groups from all directions where gay and lesbian have gathered and are partying.
The vibe was amazing, every car was booming from their own music. The decorations were glittering around and very colourful. People dancing and shooting confetti in the sky. We, the public, dancing in the confetti. So just imagine one big party. You are a bit on the sidelines looking at the parade but actually, you are in the middle of it, because the party happens everywhere where the people are.

Background
It’s good to know something about how this all started. June 1978 a group around 500 people gathered, organised by the Gay Solidarity Group to end to discrimination against homosexuals in employment and housing and the repeal of all anti-homosexual laws.
Later they also lobbied for same-sex marriage.

When I was there, it was also 40th anniversary and the first celebration of Mardi Gras after the marriage between gay people was legalized in Australia. This made it an extra large party. All the people were very happy.

Practical
Just make sure you are on time because it is very crowded. Everyone wants to be there.  I was there an hour before it started and I was very lucky to have a pretty good spot. So I suggest going at least 1,5 hour earlier.

After the parade, there are many (after)parties where you can join the celebrations.
Have fun, enjoy, freedom for everyone!