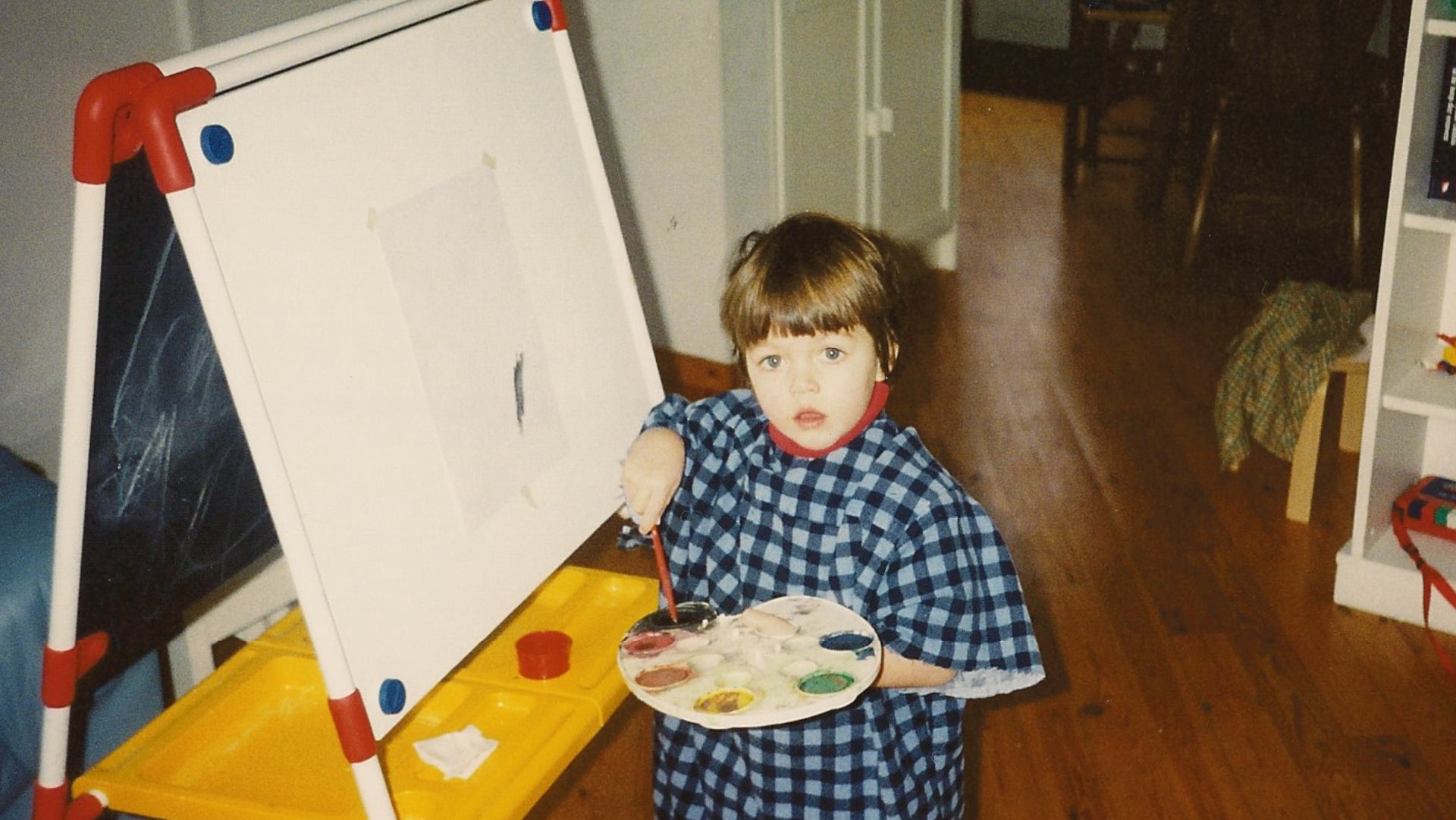 Ever since I was a little girl I drew houses and wanted to be an architect.

Not fitting in
I never completely fit in this society, maybe no one really does. My parents saw me change a lot since I went to primary school. I went through different struggles in life and so I learned a lot.

Regularly I had the feeling I had to prove myself or something like that. For example high school, I scored totally different on the tests which had to say in which school-level I fitted best. Also because of me having dyslexia, they decided the lowest level was ‘best for me’. I wasn’t agreeing that. Worked really hard and in year three I joined the highest level that was available so I was happy. Proved that I was smarter and that a test is not saying anything.

Going my own way
Year three was my ‘victory year’, I had reached what I wanted, showed that I could handle that. The fourth-year was more fun, more friends and I had a great time. Year five was all about having fun. Yes why not, I had proved right that I could handle the top-level…
Well, that ended in my grades falling down the cliff because I wasn’t interested anymore. They told me I had to do the same year over again. What a waste of time I thought. Why should I do it all over again while I don’t find any fun in the school part itself? Doing over means that you lose your friends in class and that was the fun part, maybe at this time the only part, to be there.

So I decided to quit. Yes, quit. I went to England to live there for studying some more English and wonder what I want with life and study.
Still had the dream about being an architect. So when I came back I did the pre-course on an art-academy. Some specific school courses that I needed and a test to check if my knowledge matched their requirements. Going your own path doesn’t say it’s only easy with your feed in the air, but this way suited me better, mostly because I could do only things that I needed for the place I wanted to be.
I graduated for the pre-course on the academy and the next year I started the study I wanted. Made one last switch after a year because I found another school where the way they teach and the way I learn where a better match.
So I walked a path to the place I wanted to be that suited me better and I’ve never regretted it.

Changing plans
Now a few years later I’m graduated for my bachelor. Have to do my master to completely call me an architect.
After graduating I wanted to explore the world for a while and travel some more. Had some jobs to save some extra money and went to Australia and Asia for six months, came back and did the masters. O no, that was the plan but I fell in love with the permanent travelling life and with Australia. So lived in Australia for a year and also travelled New Zealand, Fiji and Indonesia that same trip.

But now the funny thing…
I’m not sure if I still want to be an architect. So, not sure if I want to do the masters anymore and that’s totally okay! I still like architecture and liked the study and am very happy with the knowledge and all the creativity it gave me. Also learned a lot about myself during the study.
But I always loved travelling and now I know I want that even more than being an architect. Also because I get itchy all over my body by thinking of sitting in an office 5 days a week… Noo that’s nothing for me.
You never know where I am in a few years (literally), maybe I do the masters later but for now it’s a no.

Most important
So now we are at the point where I started this website. I decided to do what I love. To be who I want. Not what I think the world expects from me, but just what fits best by who I am and what makes me happy.
Now at the starting point, walking my own path, it’s not necessarily the perfect life yet but I’m creating it and that feels good. You have to start somewhere right? I’m on my way…