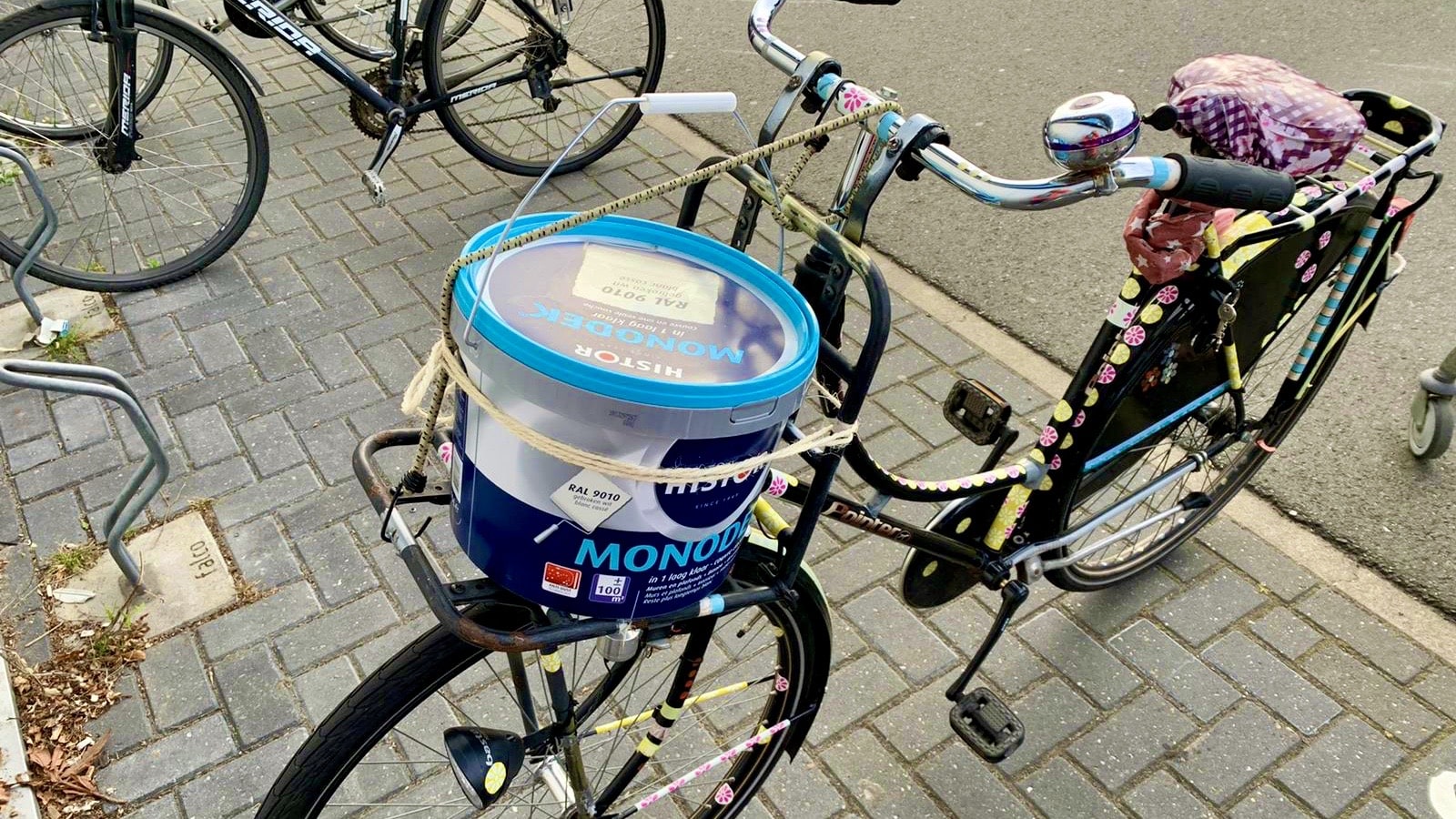 A story about how spontaneous you can meet people and also a good lesson on how easy and fun (and easy) it is to help people.

A while ago I was at a shop to buy some boxes. I was with my bike, and in the store I thought I was able to get everything home on my bike… Outside at my bicycle, I figured out it was an impossible task. Struggling for a while, stubborn as I am, trying to get everything on the bike. Everyone was looking, but what surprised me that actually, no one was asking if I needed a hand.

So at some point, I asked a passenger for help to hold my bike while I was relocating some stuff on it. Well, it wasn’t working, and as a gesture of kindness, they brought back my shopping car and disappeared.

Thirty minutes later, I decided that it wasn’t working at all. But I had too much stuff and no shopping car anymore. I thought of asking the shop to leave half of it there and pick it up later, but leaving the things at my bicycle didn’t feel safe. But how would I get everything back into the shop without a shopping car? While I was still thinking of a solution, a lady stopped. (seriously she was the first person that saw me struggle and offered some help).

We walked to her home together with the stuff. Half of it on my bike half on hers, which was in the same direction as my home.

We had a friendly chat while walking and it was strange and funny how lovely this meeting was. I left half of my stuff with her and went home, drove back to her home and picked up the other stuff. She said several times (so I knew it was not just as a kind thing to say) that if I was up for some coffee and a nice chat, I was welcome.

I had to meet her again; it was such a weird but lovely meet up! So for a couple of weeks, I was very busy but two weeks ago I found an empty afternoon and went by. Sadly she wasn’t there, but with no other contact details, I wrote her an old school note and left it in her mailbox. A couple of days later she called and last week we met up again. It was lovely to see her, and we talked a lot, only no coffee, I don’t like that so it was tea. But we both were happy to see each other again, so up for more meetings.

The picture above is from another moment when I thought that everything can be transported on a bike. And believe me, I have had much more on that bike, but most of the time it is so heavy or unstable that I can’t let go for a picture (or just don’t think about it).